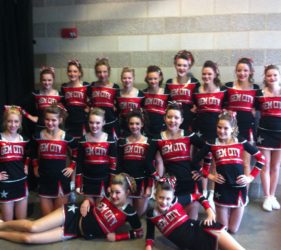 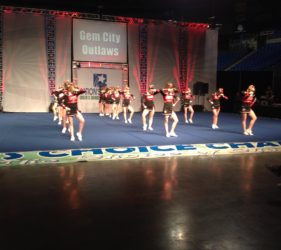 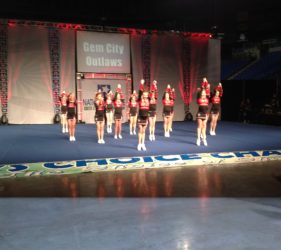 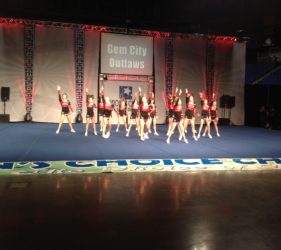 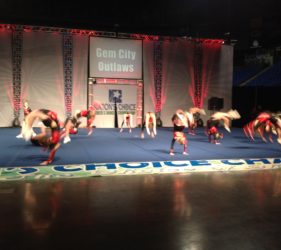 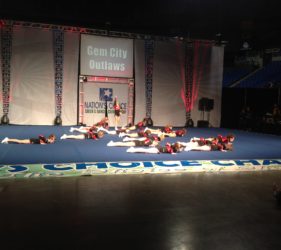 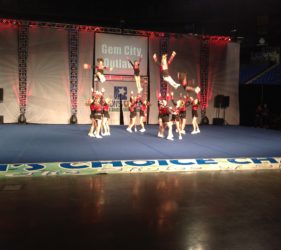 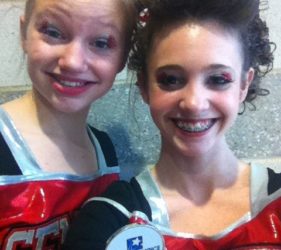 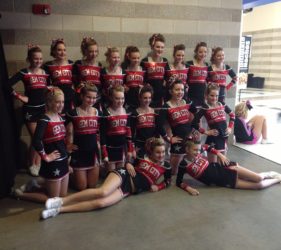 The Gem City Outlaw cheer squad had a strong 2nd place finish at the Gateway Championship in St. Louis. They competed in the senior level 2 division against four other squads. We were proud of them as this was their first cheer competition ever!

We were especially proud of their award for best tumbling. This is given to the team with the highest average tumbling score of the entire day, which means Gem City out tumbled all other squads, including the level 5 teams.

Keep your eyes out for information in the next couple weeks if you or your child is interested in trying out for next year’s cheer squad! 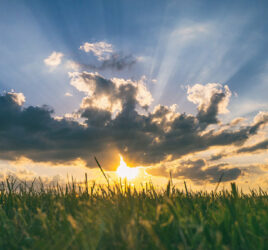 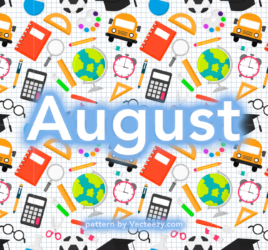