It’s a joy to work with a kid all the way up to the point of graduating from high school. We’ve cherished the opportunity to work, learn, and grow with these six graduating seniors from the cheer squad! All of them will compete at Cheer Nationals on April 9-10 in Pensacola, FL.

Jackson is from Monroe City, Missouri, and is graduating from Monroe City R-1 High School. He has been taking classes at Gem City since 2020 and is on the competitive Senior All-Star Cheer Squad. While on the squad for the first time this year, he has done his part in qualifying for nationals in Pensacola, Florida. He was on the Monroe City high school cheer squad and while on he attended state two years in a row. He will be attending Lindenwood University come fall 2022 and will be on their collegiate Cheer Squad.

Kadence is a senior at Pittsfield High School. She has been a school cheerleader for seven years and been a competitive cheerleader for five years, and two of those years were on the Gem City Senior All-Star Squad. Prior to her years as a competitive cheerleader, she was on Gem City’s competitive tumbling team.  She already has a scholarship and has signed with Missouri Baptist University STUNT/Cheer Team in St Louis MO.  She plans to attend MoBap for two years Majoring in Pre-Engineering then transfer to Missouri S&T to complete her mechanical engineering degree.

Abby is from Quincy, Illinois, and will be graduating from Quincy Senior High School. She was on Gem City Gymnastics Team for seven years. She ended her gymnastics career as a level 7 gymnast. While on the team, Abby competed at numerous competitions, placing first on multiple events, competing at state each year, and her last year she competed Level 7 Regionals. Abby then joined the Gem City’s Senior All-Star Squad. This is her fourth year competing on the squad. While on the squad, Abby has been a part of qualifying for nationals four times. Nationals in 2019, her squad placed seventh overall, nationals in 2020 was canceled, nationals in 2021 her squad placed third overall, and nationals in 2022 are set to take place this April in Florida! Abby will attend Missouri State in the fall and plans to major in biology on the pre-med track with a possible minor in psychology. She is considering cheering at the collegiate level. She is very thankful to her coaches, Hope, Jake, and Ashley, for their support and encouragement throughout the years and will miss them when she leaves.

Autumn is from Quincy, Illinois, and goes to Quincy Senior High School. She has been at Gem City since she was around five years old. Autumn competed on Gem City’s competitive gymnastics team for six years, and this is her fourth year competing on the Senior All-Star Cheer Squad. “Cheer has always been a constant in my life and I love doing it at the Gem City. It keeps me active and challenges me in ways I didn’t know possible.” While Autumn has been on the cheer squad she has qualified for nationals every year and will be competing in Pensacola in April. She plans to go to Missouri State University and major in biology on the pre-dental track to become an orthodontist.

Madison is from Quincy, Illinois, and will graduate from Quincy Senior High School in May. She has attended classes at Gem City for 6 years and has been a member of the competitive Senior All-Star Cheer Squad for three years! She also has been working at Gem City for almost three years doing birthday parties on the weekends and recently as recreational coach.

Madison loves animals and will be attending Missouri State University in the fall majoring in Pre-Veterinary Medicine. She enjoys hanging out with her family and her cats. She is excited to start this new chapter in her life come fall 2022.

Emma will be graduating from Quincy Senior High School in May.  She has attended classes at Gem City since she was 10 years old.  Emma was a previous member of the Gem City’s competitive gymnastics team. She has been on the Senior All-Stars Cheer Squad for four years. She proudly served as the secretary of the Quincy FFA chapter.  Emma plans to attend John Wood Community College, and she will continue to work at Gem City Pizzeria. 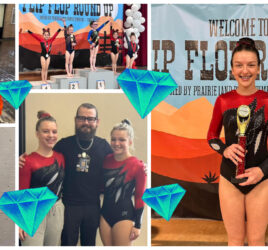 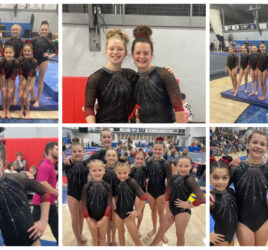 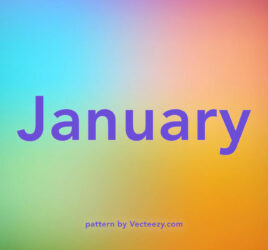