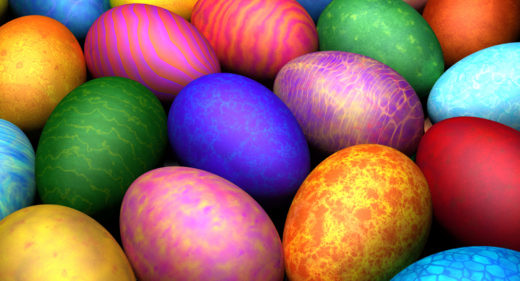 April is here and summer is in sight! Start preparing for those summer classes! 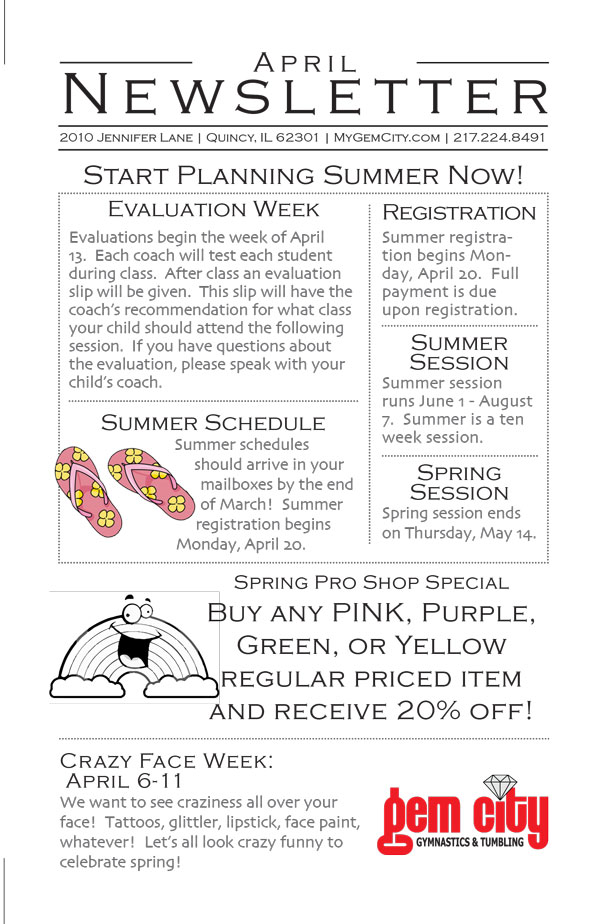 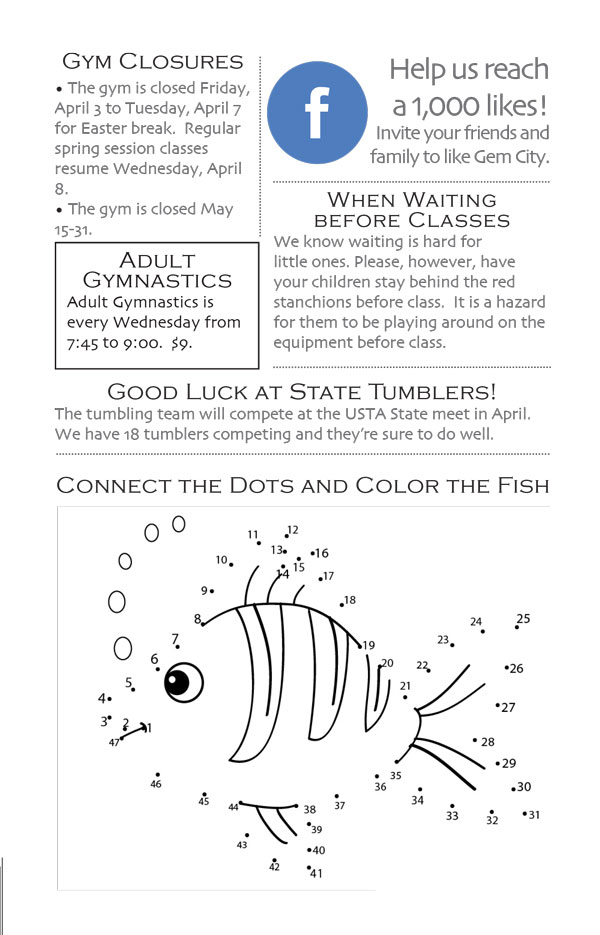 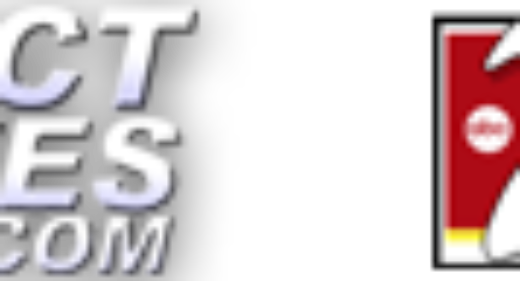 It’d be an understatement to say we’re proud of our All Star Cheer Squad. In just three seasons, the squad has gone from an idea Hope Cernea had to a contender on a national stage. Check out the KHQA feature on the success of our All Star girls on their road to nationals. 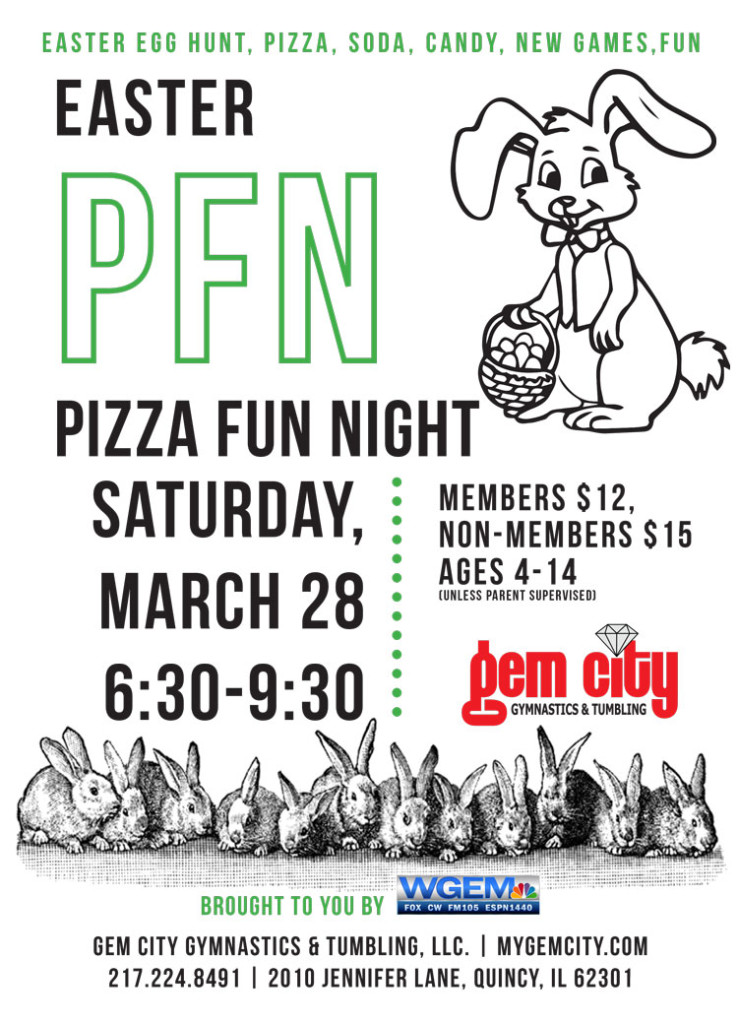 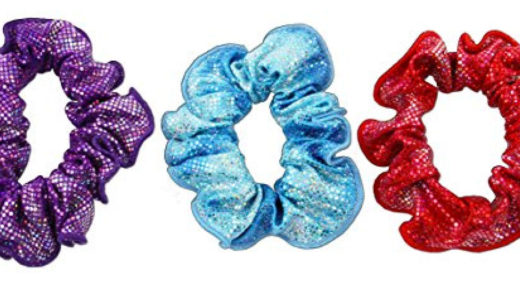 *For purchases of merchandise only, not class tuition 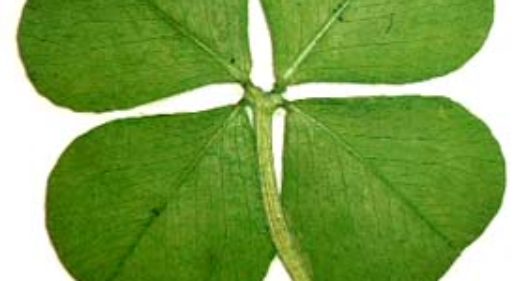 Are you counting the days until the snow melts? Us too. Read below to see what’s going on in March around the gym. 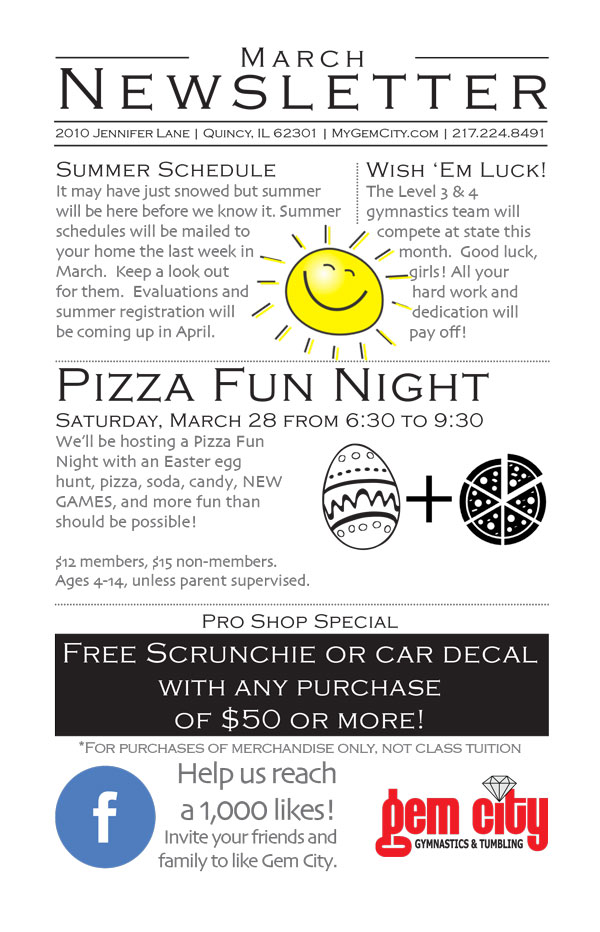 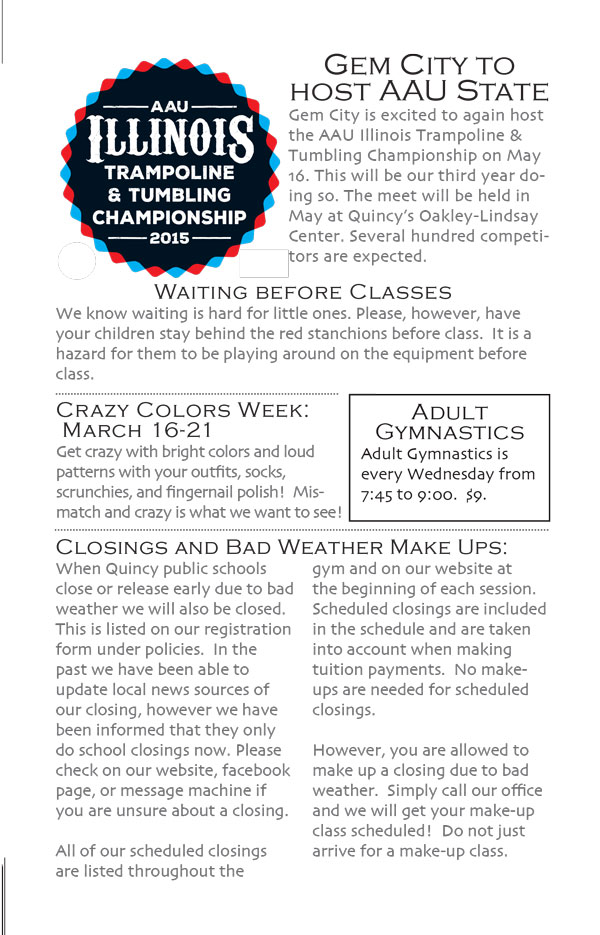 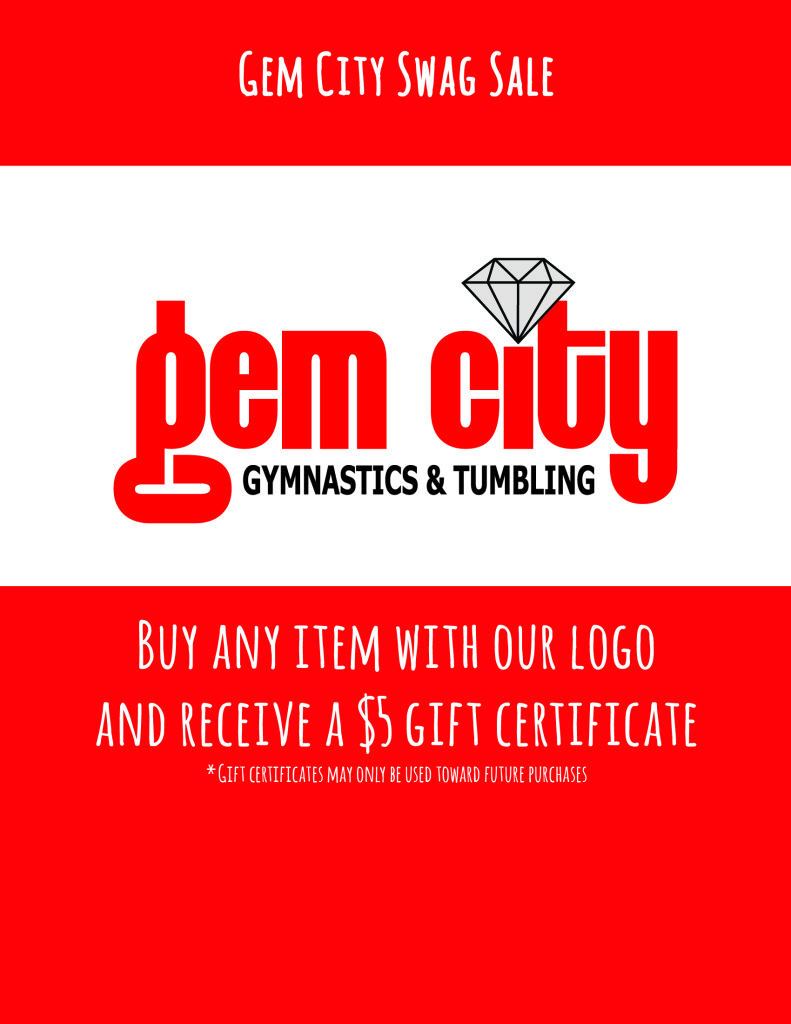 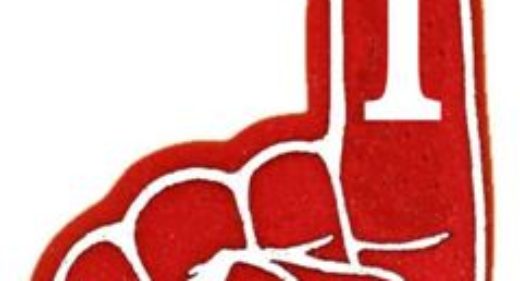 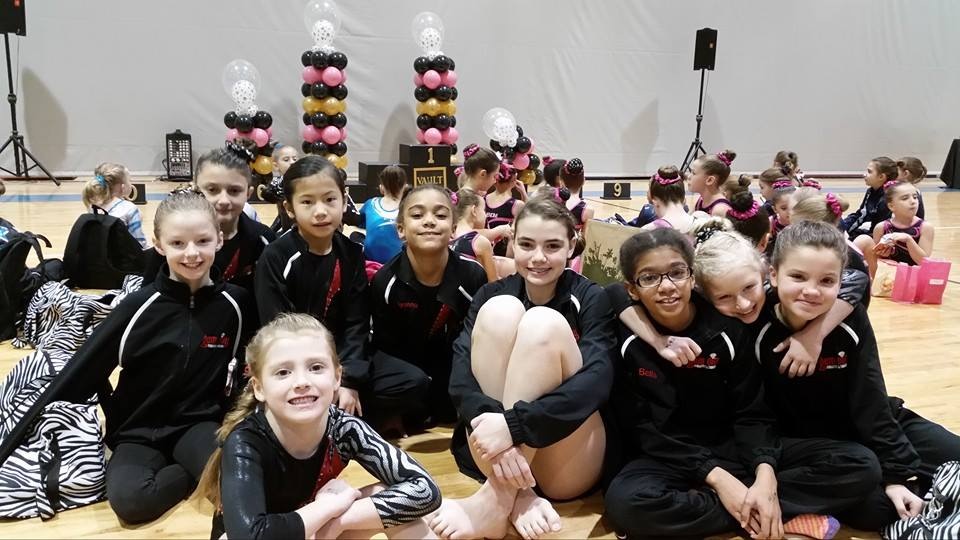 Gem City’s gymnastics team saw so much success in 2014 and they’re carrying it right into 2015. They’ve had two meets so far with two strong showings.

The following weekend in Collinsville, Illinois, Gem City had its second gymnastics meet of the 2015. This meet was the Gateway Challenge. The level 4 girls earned a second place team award.

The hard work and dedication to perfecting the details is paying off! 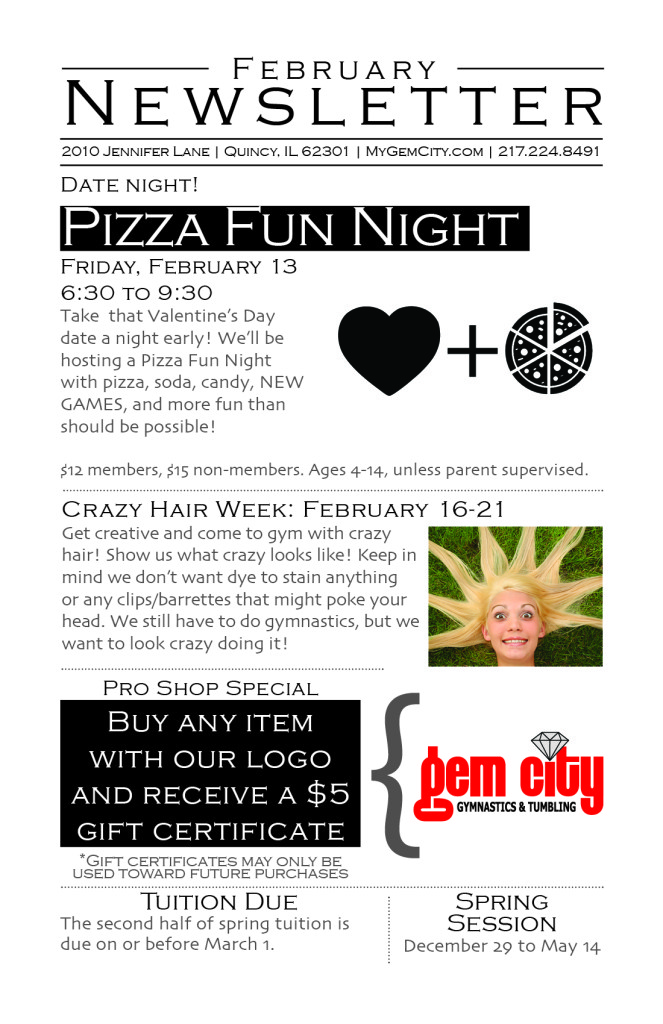 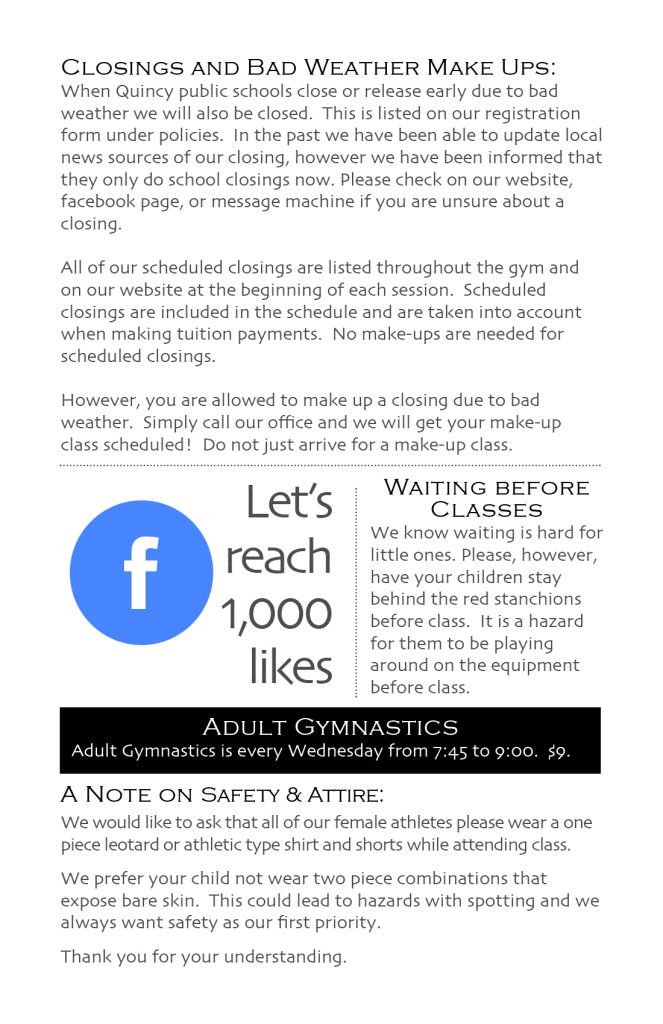 There are two reasons for our excitement:

1) It’s a chance for a date night for mom and dad!
2) We have new games with our Fun Master Penny Lock! 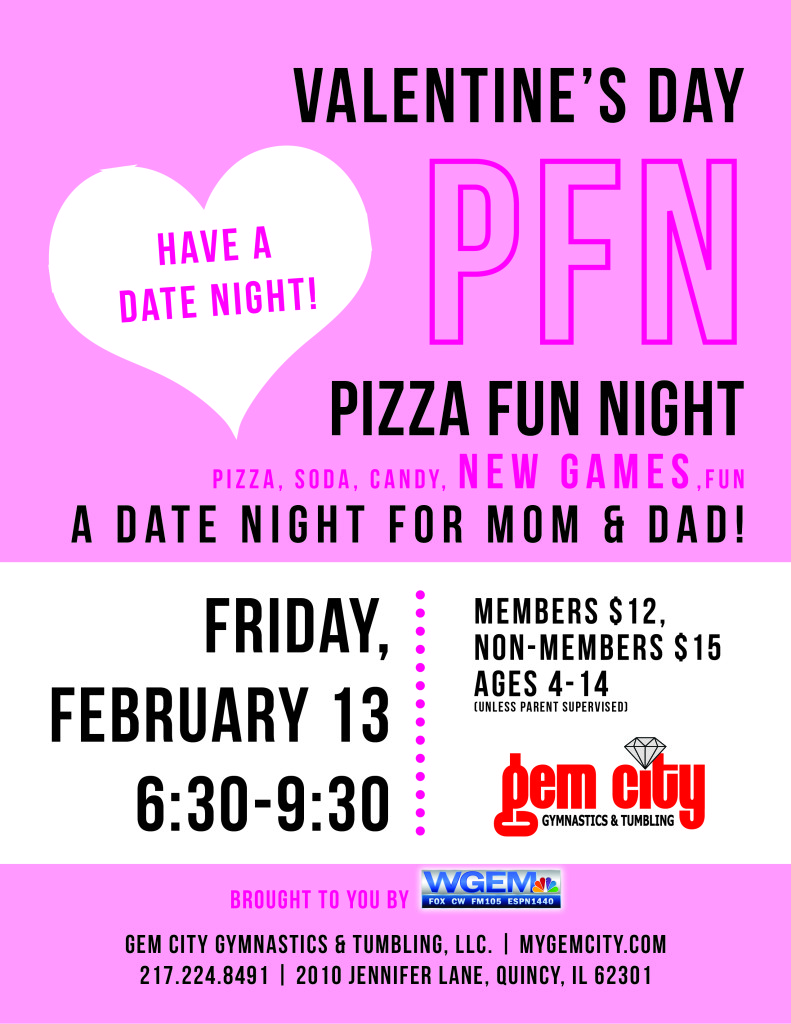 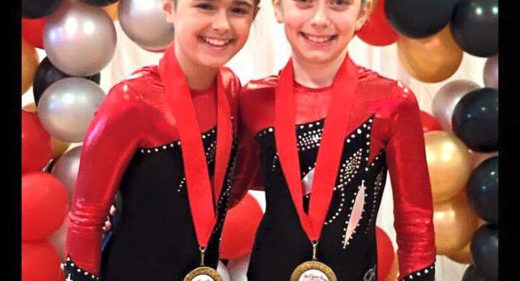 Congrats to the Gem City Tumbling Team on a great competition in Arthur, Illinois. It was the biggest competition of the season so far with around 800 athletes in attendance. The Gymnastics Team competed in Cincinnati, Ohio, with two athletes. 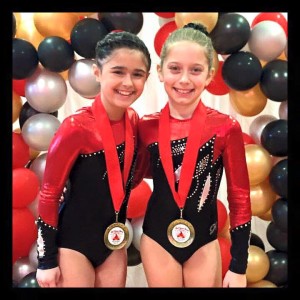 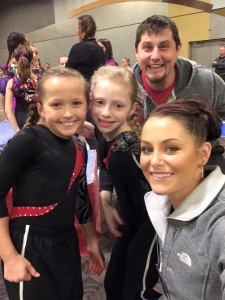 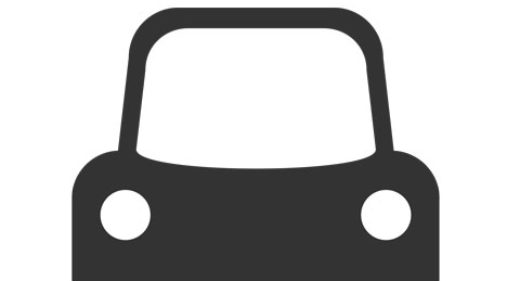 Receive a car decal with a purchase of $50 or more!

*For purchases of merchandise only, not tuition. 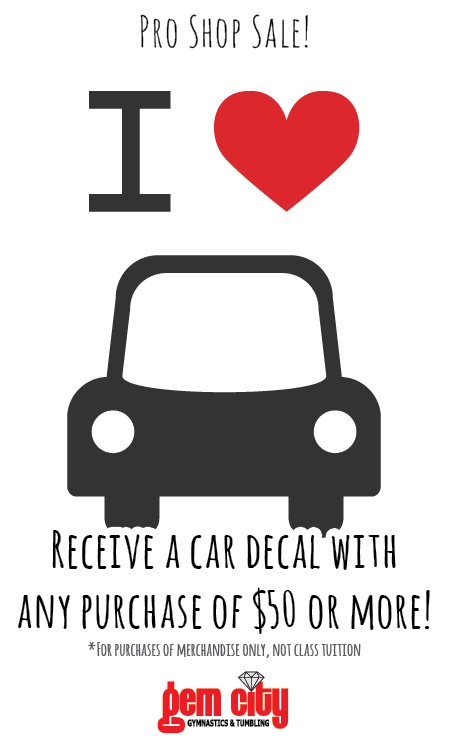 January has been a bit frigid so far, but it won’t slow us down! 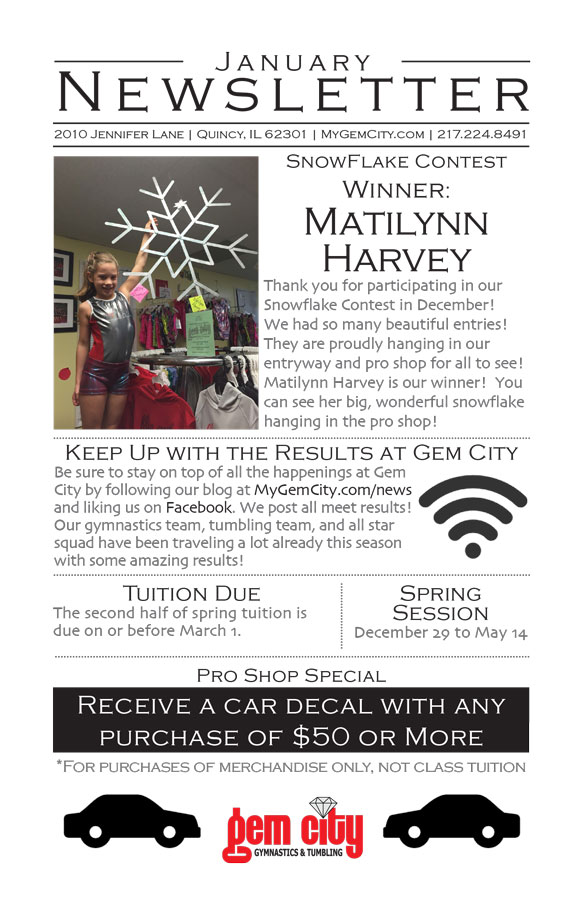 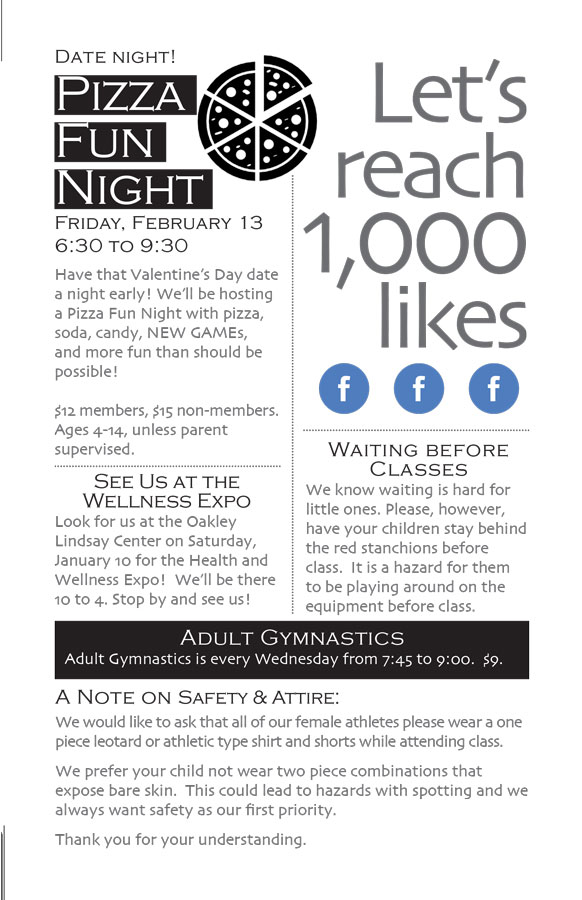 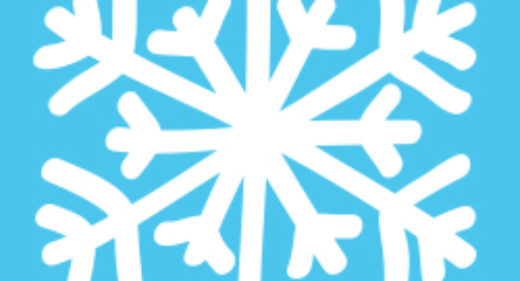 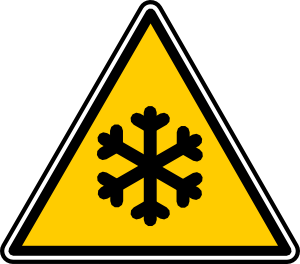 We are closed Thursday, January 8 for the cold weather. This is day two of Quincy’s cold weather saga. Please stay safe and warm!

Our policy states that when Quincy Public Schools close or release early due to weather we will also be closed. 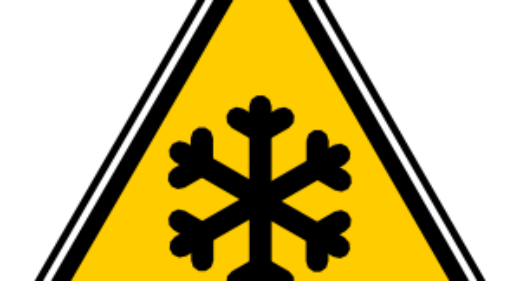 We are closed Wednesday, January 7 for the cold weather. Stay safe and warm!

Our policy states that when Quincy Public Schools close or release early due to weather we will also be closed. 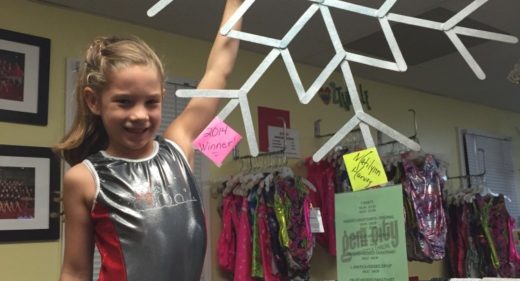 And the winner of Gem City’s Snowflake Contest is…

Thank you for participating in our Snowflake Contest in December!  We had so many beautiful entries!  #Overwhelmed #SoPretty #KidsRock

We have all the snowflakes proudly hanging in our entryway and pro shop for all to see!  Matilynn Harvey is our winner!  You can see her big, wonderful snowflake hanging in the pro shop!

We had some many great entries!

We're loving how these snowflakes are adding a special flare!